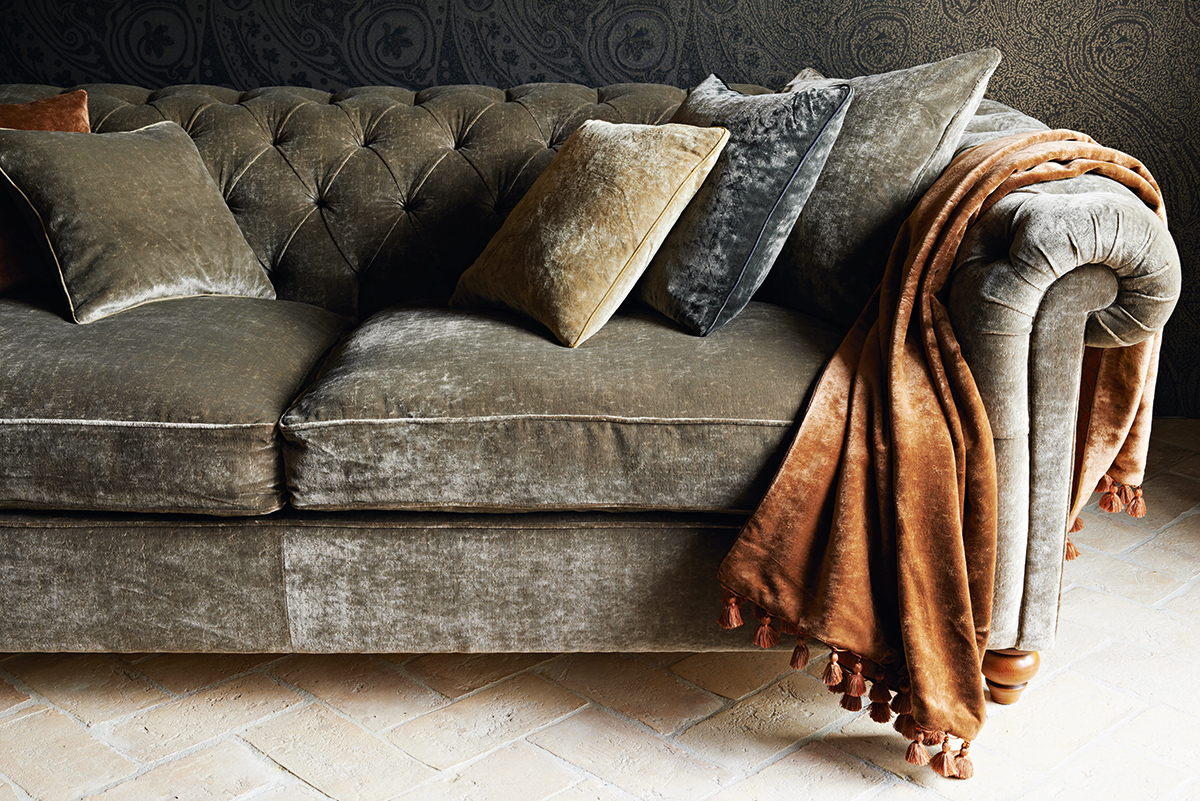 16 Nov Velvet Fantasies for the 21st Century: Everything You Need to Know about the Most Luxurious Fabrics of All Time

Posted at 15:18h in Blog, Fabrics by National Drapery

For over a thousand years, velvet textiles have been a mainstay of the style world, often synonymous with luxury and opulence at their finest. And today, with the rediscovery of many traditional techniques and the introduction of new ones, velvets are making important style statements across runways and interior design forums across the world. 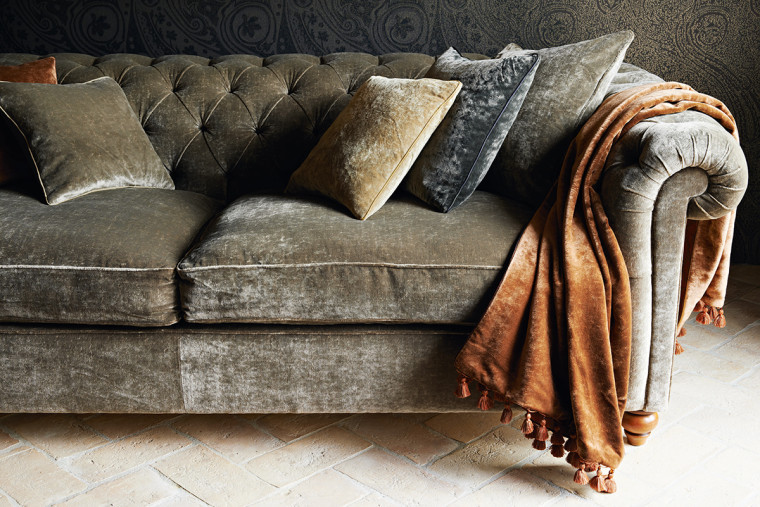 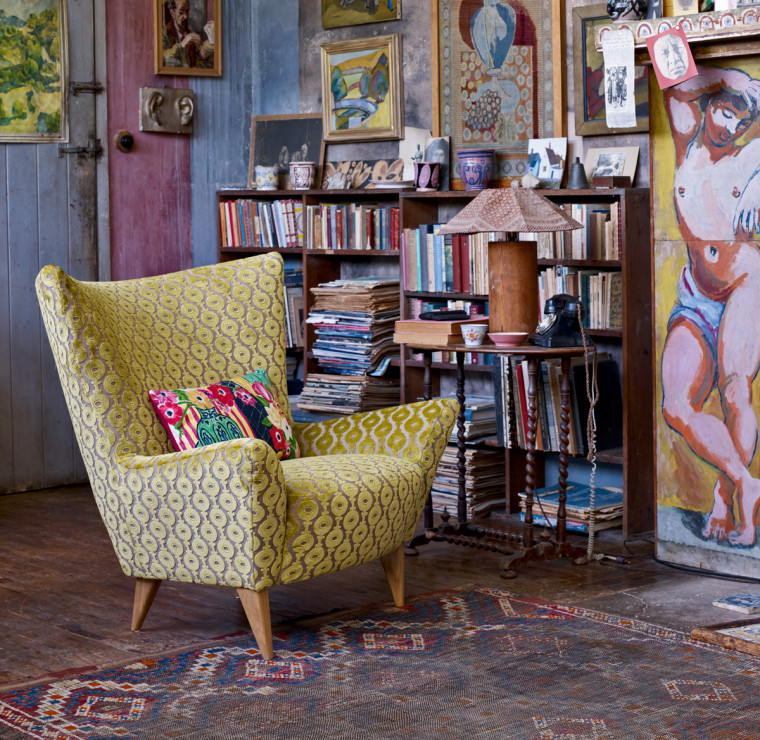 Velvet was introduced to Baghdad in the early part of the 10th Century and shortly after Cairo became the world’s largest producer of this luscious textile treasure. The most traditional velvets were first woven painstakingly by hand from fine silk and because of the plush softness and luxurious appearance (not to mention production costs!), were often associated with nobility. Trade routes eventually brought this precious fabric to Venice and into Europe’s wealthiest and most fashionable homes. As industrial power looms revolutionized production practices and a greater selection of fibres became available, velvet fibres became more accessible to home décor aficionados with more colours, weights, patterns and applications than we could have ever dreamed of! 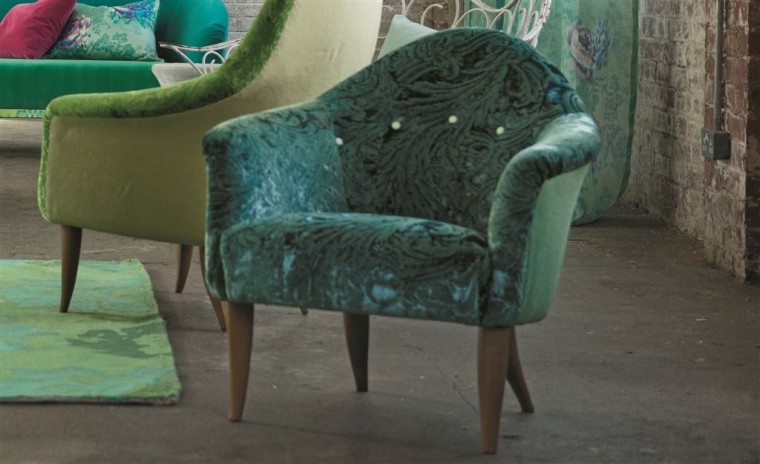 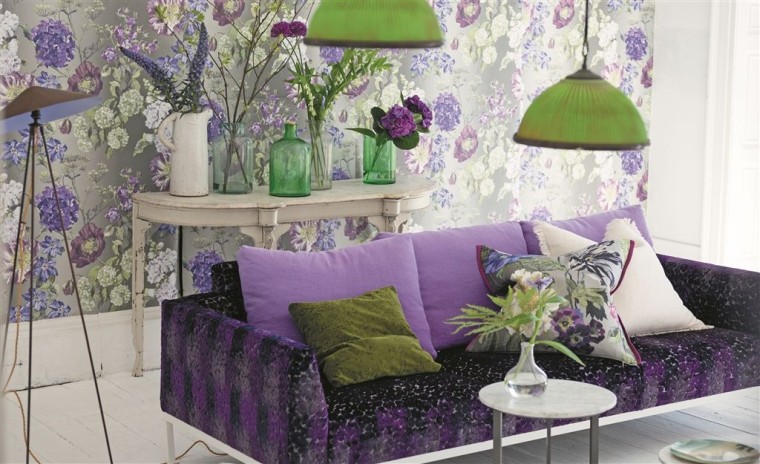 Today, velvet textiles are in the midst of a brand new renaissance across the fashion world with many rediscovered executions and brand new applications worthy of a loved home. Here are our picks for the hottest trends in velvet textiles for your most plush dreams.

With velvet, it’s about more than just good looks – As well as its deep rich appearance, the tactile nature of velvet fabrics are an important part of how and where you might choose to use this fabric. It is also good to keep in mind that many modern engineering techniques allow the production of most velvet textiles to be dirt-resistant, easy-to-clean, and especially adapted for high-traffic use. This makes velvet a perfect choice for application into drapery, upholstered soft surfaces and decorative elements of any room. We love layering similar hues of the finest velvet weave across tall drapery panels, coordinated sofas and custom pillows for a look that is plush in every way. Our designers also suggest investing in tailored detailing like pleating and tufting to help further highlight the sumptuous texture of velvet on your upholstered surfaces – you will be amazed at the huge impact such little details will make! 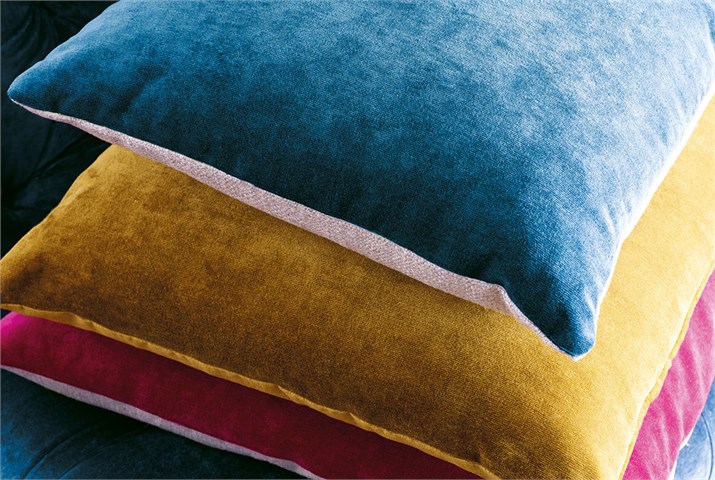 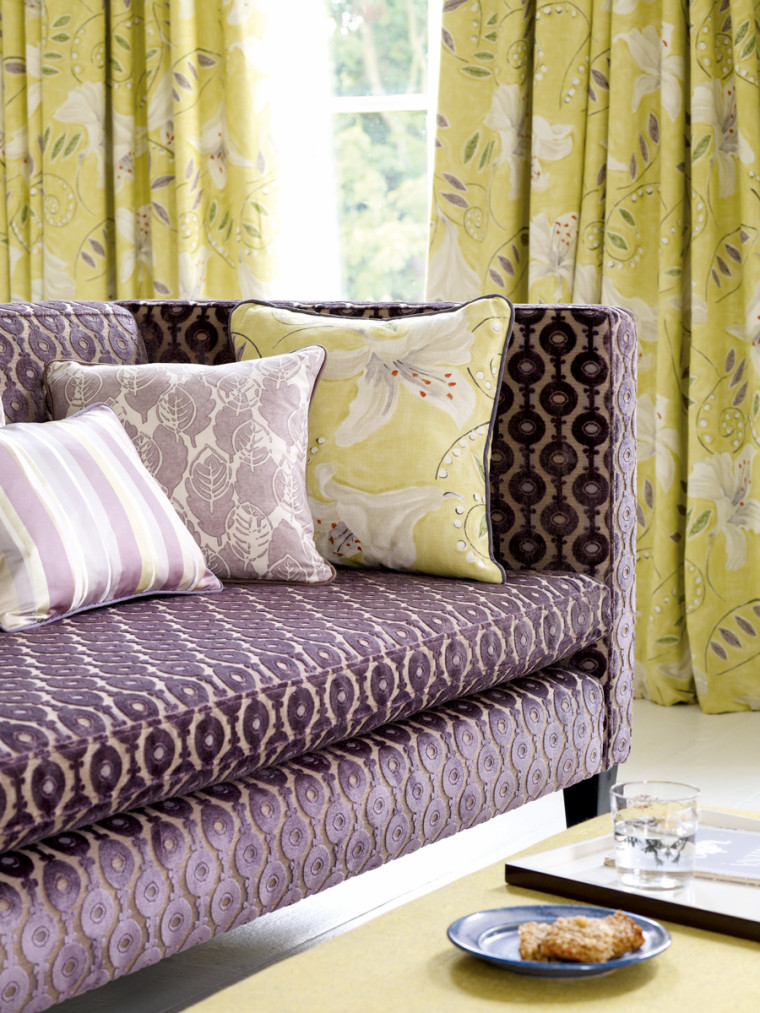 Go Back to the Roots

Finding your Velvet Dreams on the Silk Road

Vibrant geometric and nature-inspired themes from the Far East are a hot trend across interior design forums for 2016-2017 – and of course they look best when executed in their native weaves. Traditionally, specific designs were deliberately developed by skilled artisans to enhance and optimally complement the weaves they would dress. This of course applied to the coveted velvet fabrics. Raised stitching and bold juxtapositions of vibrant palettes are a few different ways you can complement the natural beauty of velvet textiles across your fabric surfaces. 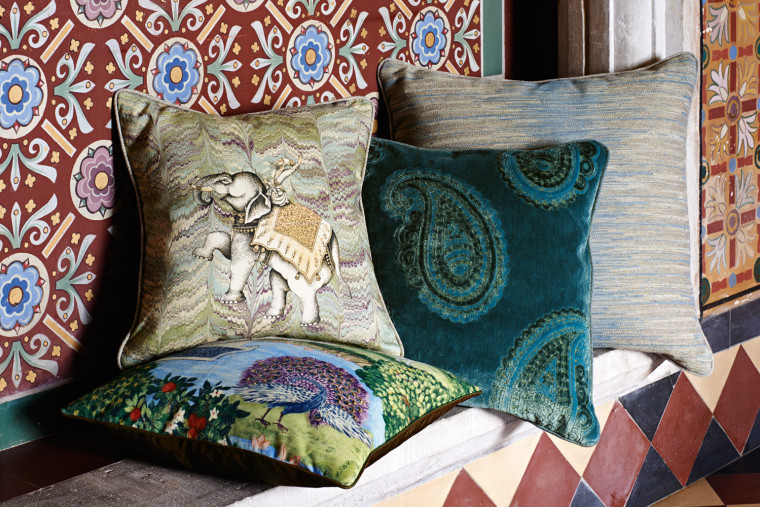 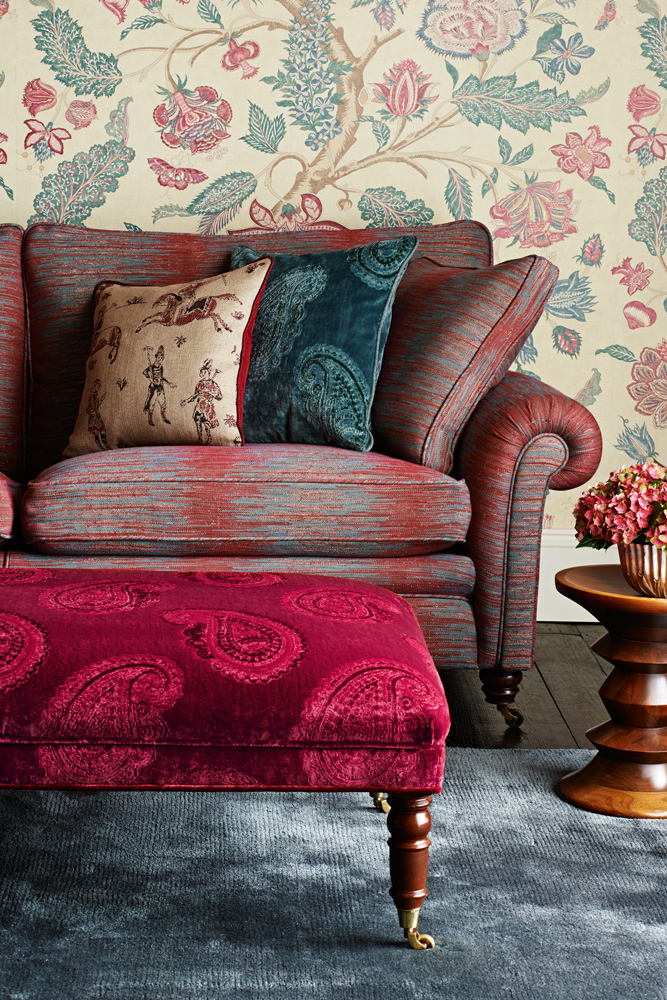 Born in 1871, Mariano Fortuny was the son of a renowned family of artists in Granada, Spain. 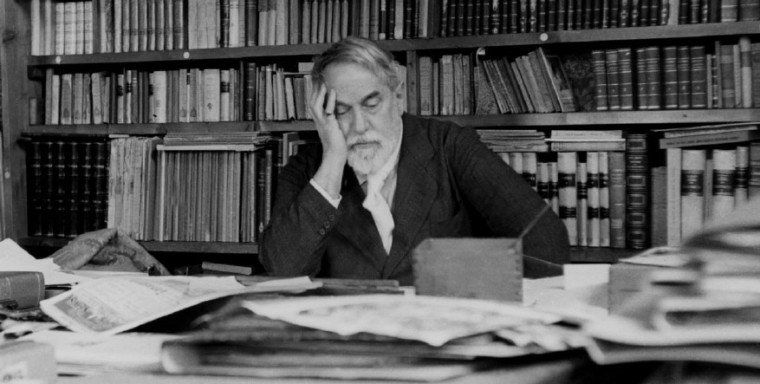 He began his work in fashion and textiles with both an artistic vision as well as a scientific method – a visionary effort that quickly won him timeless praise from across Europe. By 1912, Fortuny was well-established and working tirelessly in his marvellous laboratory, the Palazzo Pesaro degli Orfei, today the Museo Fortuny in Venice. Fortuny continued production and in 1928 with the help of a prominent New York Interior Designer, the Countess Elsie Lee Gozzi, opened his first North American shop on New York’s Medison Avenue. Today, the Fortuny house is still alive and well and continues to explore the rich traditions of its founder to create world-class textiles fit for nobility. 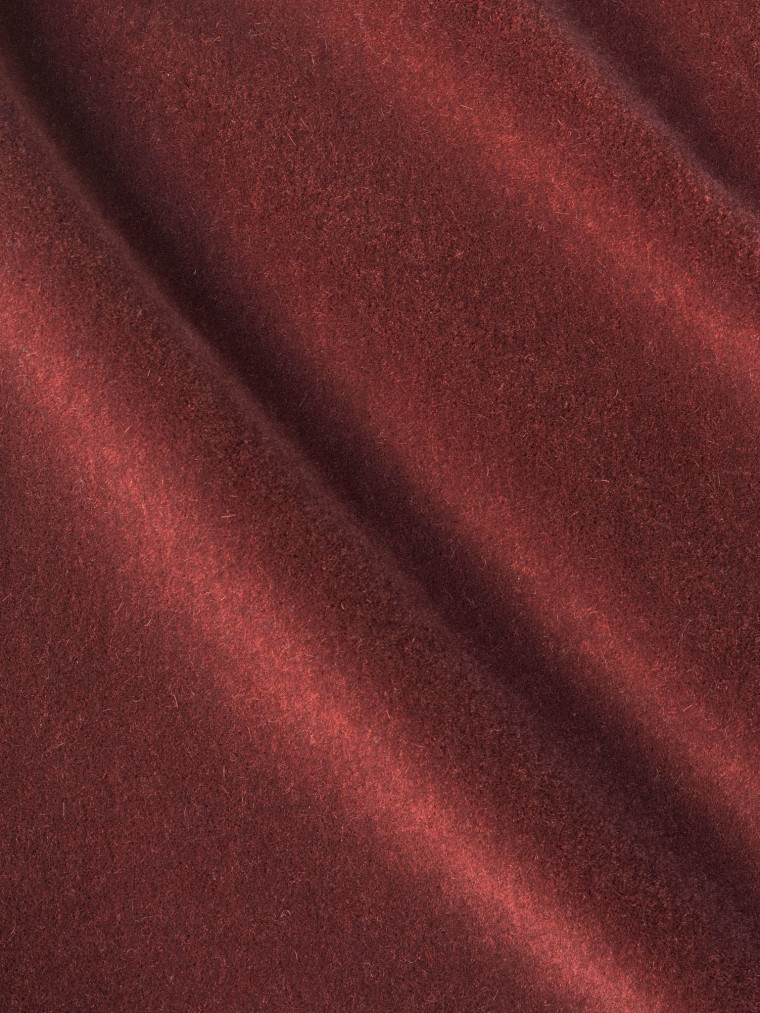 Inspiration is only a click away – check our design team’s On Trend Velvet board on Pinterest and let us get you started on making your sweetest velvet dreams come true.